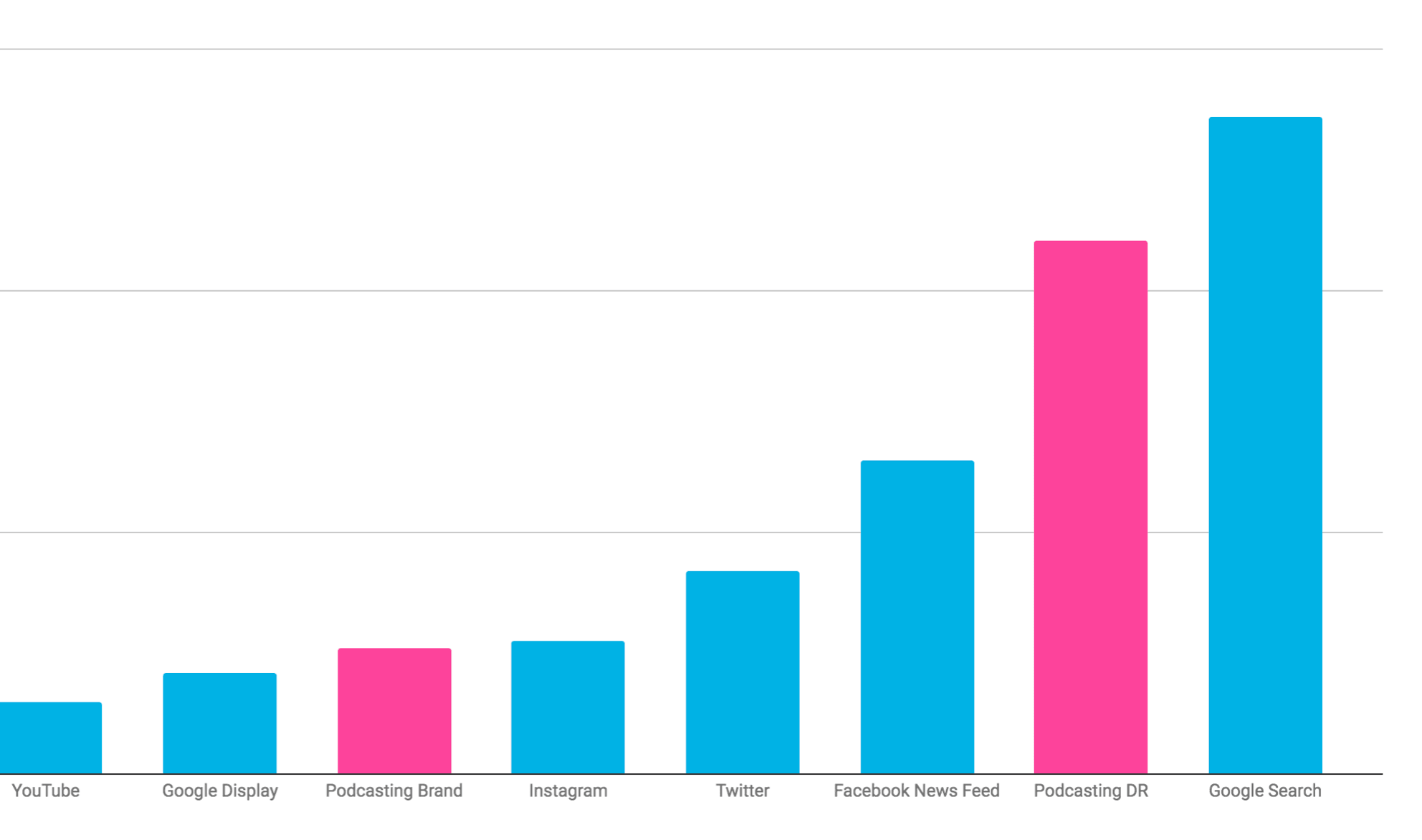 Benchmarking is an essential step in defining the success of a campaign. If I told you that 2% of users visited the site after hearing an audio advertisement would you say that was good or bad?

Conversion rate benchmarking is the first step to understanding your performance relative to the rest of the industry.

What is a Conversion Rate?

In digital, this is analogous to a click-through rate (CTR). The number of people who were exposed to an ad and took action. As an aside, we tried using LTR or Listen Through Rate as the metric. I love it, but boy, people, are sticklers about conflating listens and downloads.

What is the Average Conversion Rate?

On average, we see a conversion rate of .52% for brand advertising and 2.21% for direct response.

There is a good reason for direct response being 4x higher, which is discounts.

The above industry data is from AdStage

We have more research to do here, but if you are getting around a 1% CR, you are doing well in podcasting.